Giving up is never the same as quitting. It's important to know the difference between these two words because they are often confused with one another and used interchangeably. Quitting means that you have given up, but giving up does not mean that you've quit!

Giving up is quitting when someone gives up on something because it was too much stress, not enough time, or something that doesn't make them happy – the same goes for giving up on a goal. When someone quits their job voluntarily often there's consideration of what they'll do next.

Quitting is a little more difficult to define because there are different reasons for quitting, such as when you realize your best efforts aren't good enough or when things get too hard and you have better options. When someone quits they've given up on their goal or realized that they do not want it anymore.

There are some things in life that aren't meant for us, but this doesn't mean quitting – just acknowledging the truth. There are times when you have to let go and move on in order to grow

No, quitting is a sign of knowing when to give up and move on. Quitting doesn't always have to be seen as giving in or being defeated; sometimes it's good for you.

Maybe the person cares more about their own mental health than they do about achieving their goal because it was too much stress, not enough time, or something that doesn't make them happy.

Quitting VS Giving Up

How Can I Overcome My Habit Of Quitting?

Almost everyone has quit something at some point in their life, whether it was quitting a bad habit or just giving up on an important dream. It can be really difficult to stay motivated and keep going when things get tough.

If you're struggling with this problem, don't worry! We've got the solution for you right here! Our guide will teach you exactly how to overcome quitting so that whatever goal or dream you have won't seem impossible anymore.

Uncover The SECRET!  It's Free.  What Are You Waiting For?

I WANT MY FREE GIFT!

What Is Giving Up?

According to the Merriam-Webster dictionary, giving up means "to stop trying." It can be used as a noun and verb

Giving up is not quitting because it's often seen as an act of self-preservation.

OR...Giving up is when you still want your goal but realize that you are not going to continue trying to attain it.

"Giving up is the easy thing to do. If you're struggling or unhappy, it's normal to feel like giving up and just quitting; but when your time comes around again don't be afraid to try."

Example Of Giving Up

A great example of giving up is when we feel like our best efforts aren't good enough and decide to give in. We might have been trying really hard for a long time, but it feels like the other person isn't going to change or he'll never be able to get out of debt.

Giving up can also happen when we're feeling overwhelmed. We decide that we can't do it anymore and just stop.

How do you know when it's time to give up?

It's important to know when it is time to give up and find something different, because there are some things in life that aren't meant for you. This doesn't mean quitting – just acknowledging the truth."

Giving up is easy, but sometimes it's the worst thing you can do.

The world around us is constantly pushing us to give up on our dreams and settle for less than we deserve.

So what if things don't always work out? Sometimes giving up means that you're about to achieve something even better!

Quitting is an important word. It means you know when to walk away from something that isn't working for you and move on.

Giving up, however, is not the same thing at all. When someone gives up they are giving into their fear of what might happen if they try again or don't give it their best shot. You may be able to relate!

In order to succeed in any area of life there will be times where we need to push through our fears and take a chance even when things seem tough--just like athletes do every day. The good news?

There's no wrong way to go about this process either, so find your own path towards success by taking small steps each day and learning how much more strength you have.

Uncover The SECRET!  It's Free.  What Are You Waiting For? 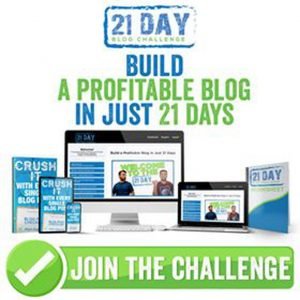